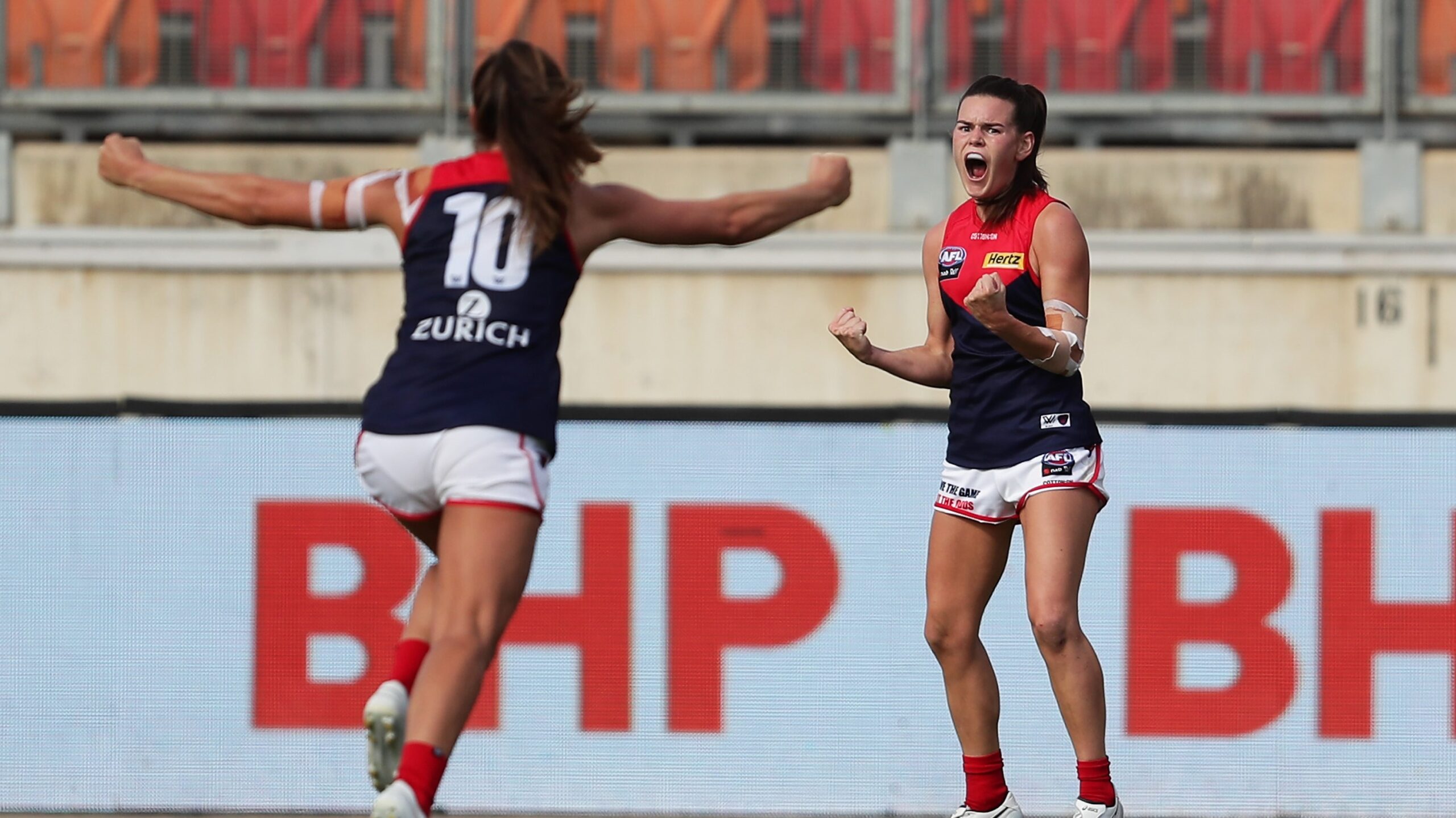 Kicking goals with Melbourne and Zurich

Goals for Good from Tackle Your Feelings Australia on Vimeo.

The AFLW coach wants his side kicking more goals, driving scoreboard pressure on the Demons’ opponents across the competition.

Melbourne kicked 32 majors in seven games last year, with its best showing being a 10-goal haul against West Coast in Round 5.

But inaccuracy proved costly on several occasions, and that’s a trend Stinear is confident in overcoming.

“Last season, we created opportunities to score and were ranked third for shots on goal, but our efficiency and accuracy let us down,” he told Melbourne Media.

“Fremantle and North Melbourne were the scoring benchmark of the competition. They were consistently able to convert and kick high scores, and if we want to be a contender, we need to match it with the best.

“Our challenge this season is to continue to be a hard team to score against but maximise our opportunities in front of goal. We’ll achieve that through improved method, increased skill and a hunger from our players to score.

“The girls have put in the work over the pre-season; they’re ready to take the game on and are excited to show what they’re capable of.”

While motivation will be high on the field, there will be just as much benefit to convert off it.

Thanks to Major Partner Zurich Insurance and community mental health program Tackle Your Feelings, every goal kicked by a Melbourne player during the 2021 AFLW season will directly benefit local football clubs.

Dubbed ‘Goals for Good’, the initiative will see a Zurich and Tackle Your Feelings football pack donated to nominated junior teams for every goal kicked by the Dees this season.

The kits include junior footballs, training bibs and ball carriers, and are valued at over $300 each.

Linda Griffin, Head of Brand, Marketing and Corporate Affairs for Zurich Life & Investments, is excited to be supporting community clubs, while also helping to motivate the players to kick more goals.

“We know how much local football clubs were affected in 2020, so we believe this is a small way to give these clubs a helping hand,” she told Melbourne Media.

“Through our involvement with community mental health program Tackle Your Feelings, we understand all that junior football teams do for our community and for championing women’s sport. When Melbourne approached us with the Goals for Good initiative, we jumped at the chance to be involved.”

Each Demon on the list will have the opportunity to nominate a team to receive one of the footy prize packs, meaning clubs from around the nation will benefit.

Regardless of which Melbourne player kicks the goal, each major will see a different club reap the rewards, with Zurich calling on others to get involved.

“We want to help out as many clubs as possible, so we’re encouraging all local clubs to register their interest, for a chance to receive one of these great packs,” Griffin said.

And with the initiative set to help both those at the elite and grassroots level, it’s something Stinear is passionate about driving.

“The Goals for Good campaign is an excellent opportunity to combine performance with community,” he said.

“As a team, we have a responsibility to be successful, and we want to be known as an attacking, high-scoring team within the competition.

“We also have a responsibility to our community, to continue to grow the game and inspire the next generation. Now with Zurich’s support, we can have more footies in the hands of young kids and we’ll see more goals being kicked right across the country.”

Along with donating the equipment, Zurich is also hoping to spread the word of the work done by Tackle Your Feelings.

The program was delivered to over 300 community AFL clubs in 2020, providing coaches and participants with the tools and resources to understand, recognise and manage their response to signs of mental ill-health within their players.

If your club is in need of some new footy equipment and wants to be involved in the Goals for Good initiative, simply explain why it would be a deserving winner at melbournefc.com.au/goalsforgood.
This article was originally published on the Melbourne Football Club website.