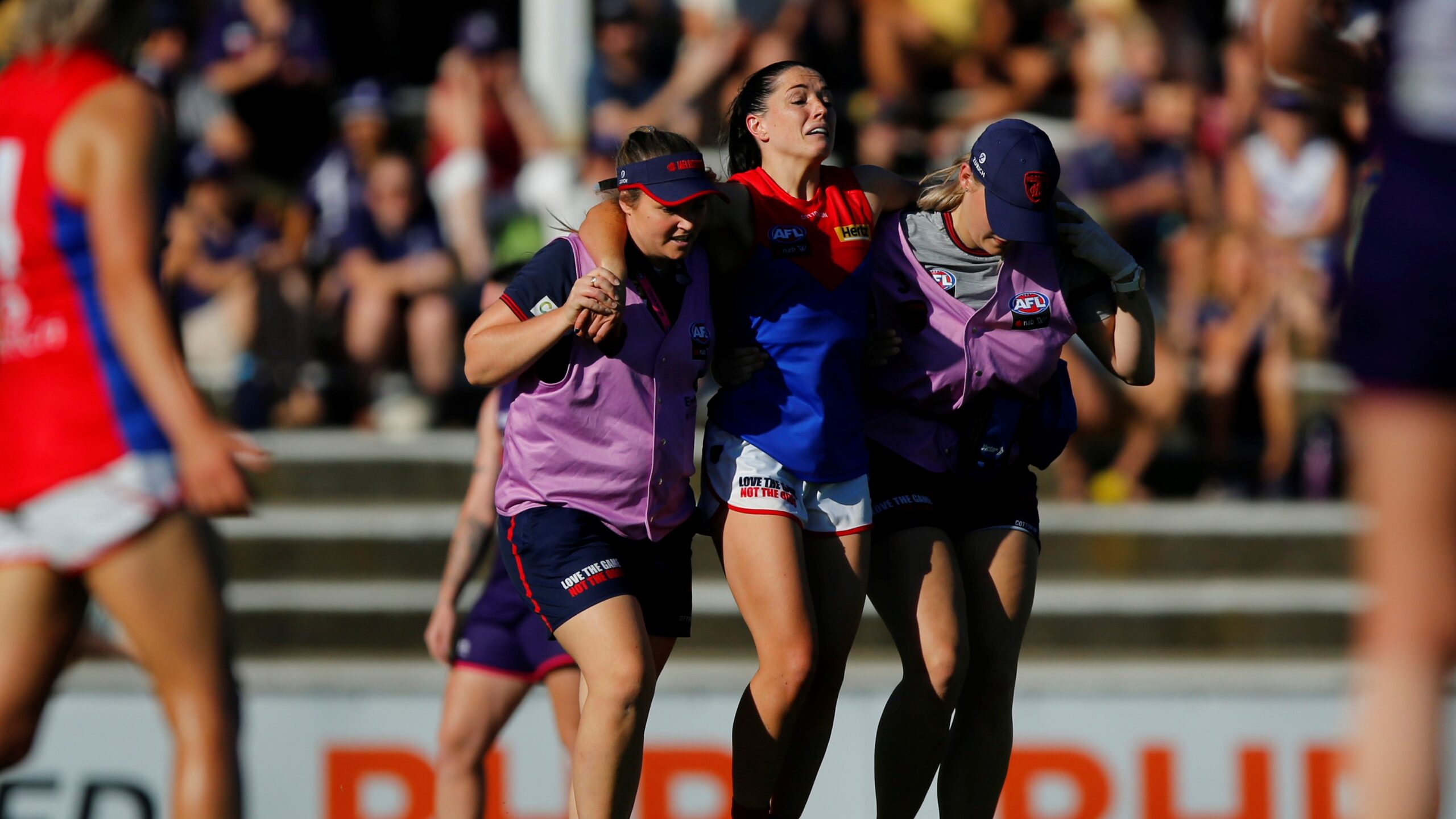 Understanding the mental and physical toll of injuries

words by Tackle Your Feelings, Tuesday 11 May 2021

One of the truly ever-present villains in sport.

It seems no matter how sporting codes evolve and the preparation to compete improves, injuries (both soft-tissue and contact) continue to be a part of the business.

Beyond the obvious physical discomfort that comes with rehab, recovery and the injury itself, there is also a series of psycho-social challenges that can arise as well.

Given that injuries appear to be somewhat unavoidable in sports, the team at Tackle Your Feelings is here to help you tackle your response to try and better manage the impact they may have.

Setting the tone for why injuries have such a significant impact on a sportsperson, it is important to note that there is a strong connection between our physical and mental health.

When we experience mental ill-health, there is a series of physiological changes that occur in our mind and body. Think serotonin and dopamine – both of which are critical for mood regulation and stabilization.

So, it goes without saying that similarly when we experience physical ill-health (like in the case of injury), changes generally occur with the pathways involved in our mental health.

Sports engagement can be a powerful force in supporting mental health.

At its best, participating in sports can provide people with the platform to challenge themselves, establish a sense of mastery, connect and create social relationships and build a sense of identity.

When injuries restrict participation in training or gameplay, these benefits can be seen to go missing.

In a recent interview with Tackle Your Feelings, former Port Adelaide and Melbourne footballer Jack Trengove said that going through surgery during his career was “really flattening because [he] wasn’t able to do what [he] was passionate about”.

Trengove went on to describe how he felt his playing had been “stripped away from him”, which made it harder to get fit, stay healthy and hangout with his playing mates in the ways he was used to – variables that he described as being important to mental health.

While no two injuries are completely the same, there are some key commonalities in response to injury that may indicate that a person is experiencing mental ill-health.

In terms of emotion, some things to look out for are low moods, anxiety, fear, anger, grief, poor self-confidence and low motivation.

Some of the key signs that may reflect a shift in mental health in response to injury include changes in appetite, sleep disturbances, mood fluctuations, irritability, social withdrawal and increase in substance abuse.

Some additional sport-specific behaviours to be aware of are fixation on a return to play (in an all-consuming way), over-working physically to compensate, hyper-sensitivity to other injuries/pains, and withdrawal from team warm-ups and social events.

When speaking with Tackle Your Feelings earlier this month about some of his injury setbacks, former Sydney Swans premiership player Alex Johnson described his experience navigating the injury landscape as an elite footballer.

Johnson detailed how at stages of his recovery, he “removed himself from teammates, thinking [he] was the only one going through it and that they wouldn’t be able to empathize with [him]”.

Reflecting back on his injury journey, he shared how following impulses and things that would generate short-term gratification had “adverse effects” on both him and the people around him, and that withdrawing would result in him “bottling things up”.

While the challenges of injury setbacks are very real and very common, there are some constructive ways to try and manage your response.

In a preventative sense, things like wearing protective gear (mouth guards, helmets, strapping, etc.), stretching (warming up and strengthening) and preparing with sufficient rest (to avoid overuse) can go a long way.

These types of things help safeguard and protect you from the injuries occurring in the first place, which gives some players confidence and momentum to be able to thrive.

After an injury has occurred, there are also a series of powerful responses that can support your mental health.

One way to try and maintain balance in mental health is by staying connected.

As described by Johnson, a common response to injury can be social withdrawal and isolation. When he realized this pattern, he found support in talking to other players at his club who had experienced similar injuries. They helped him understand his injury and the pathways to recovery.

Other positive benefits that maintaining connection can have include providing company, outlets for venting, expertise/education (e.g. club physios), and even practical support (e.g. lifts to training/games if unable to drive).

In addition to social connection, Trengove discussed the importance of focussing internally as well.

While injuries were derailing his performances on the field, he found comfort in embracing other interests and developing himself off the field.

By investing more broadly in himself and establishing other strength and dimensions to his life, he found himself less vulnerable to setbacks in footy, as he was no longer solely defined by his output as a footballer.

He described a deliberate mindset that focussed on “Jack Trengove as a person, as opposed to Jack Trengove the footballer”.

Supporting mental health through injury management isn’t just a role for the player, though.

As we know, coaches play an integral role in football clubs, and the injury space is no different.

Below we’ve listed a few helpful tips for coaches to consider when supporting players who may be experiencing a tough time in their injury recovery process:

While injuries are likely to continue having an unavoidable presence in sport, there are lots of things that can be done to support players.

Injuries can impact players across both physical and mental health, so building awareness around what that might look like can be helpful in tackling your response to help manage.

Both players and coaches play an integral role in supporting injury recover, with an emphasis on communication and connection being key to the outcomes.